Welcome to my website. I would like to tell you more about my authorship and the thoughts and ideas behind my books.

It really started in 1980 when I and a colleague, Lars Andersson, were doing our graduate work at Lund Institute of Technology in Sweden. At that time satellite TV was something strange and unreachable and the Swedish division of the Philips Corporation, wanted us to design the first private-use satellite TV receiving system for private use ever built in that country. When the project became official, it caused a lot of debate in Sweden because television was, just as in all other European countries, a state-owned and controlled monopoly. Suddenly, using satellite, it became possible to watch television programs from neighbouring countries to a much larger extent than before. People were excited about satellite TV because it would bring more choice than just the two state-owned channels; soon there were many requests for the graduate work report. In 1981, while on the beach in Portugal on holiday, I got the idea to write a handbook about how to receive satellite TV signals.

Being tired of boring and the difficult-to-understand technical reports and books that I and my colleague had studied before starting to build the satellite reception equipment, I decided to spend a lot of time building an easy-to-follow structure, and use many illustrations in the book. The aim was to make things accessible and understandable for the reader. As everyone knows, things get quite simple as soon as you have built your own simple model of what it is all about. My intention was to present readers with pre made models.

The Swedish title “Satellit-TV Handboken” (Satellite TV Handbook) was released in the fall of 1983. The book, published in two parts, was followed by a number of more books that are listed on the Biography page. Throughout the years I have also written numerous articles for the Swedish magazine “Ljud och Bild” (Audio and Video). More on these can be found on the Articles page where you will also find a link to an article on DVB-S2, written for Broadcast Engineering World Edition.

In all that I’ve produced over the years, I have continued to follow the original formula of focusing on structure and visuals to make the content easily accessible to the reader. In my later works, I have also tried to bring “the whole picture” since I’ve found that there are quite a few specialized books that give a detailed views on specific topics but very few that try to put all the bits and pieces together.

In 2005 I got the opportunity to start working with Focal Press which means that my books now reach a much wider audience. This has resulted in two book titles so far,

Digital television is no doubt the most powerful mass medium of our time and in Understanding Digital Television, I try to bring all the bits and pieces together in a book that has the ambition of covering all four distribution platforms; satellite, cable, terrestrial and broadband. It is based on the original Swedish version that has a European focus. In the international version, I widened the perspective by adding two appendices that cover digital television in North America and satellites operating above the U.S. continent. It is my belief that “Understanding Digital Television” sums up distribution of digital television in a more or less worldwide perspective even if the focus is mostly put on Europe and North America.

Digital signage broadcasting is a new and fascinating medium, in its pioneering stages, and I must say that it almost feels like the early 1980s once again. Digital signage and especially digital signage broadcasting may be the successors of television and other media, and there is a large demand for information on these topics. To write, perhaps, the first comprehensive book on the topics, aimed at a worldwide audience, has been a very exciting experience.  In Digital Signage Broadcasting  -Content Management and Distribution Techniques, I have followed the principles I started to use 27 years ago —focusing on creating an easy-to-understand structure and using lots of visuals. You will find hundreds of 3D graphics and photographs in the book some of which can be found on the chapter webpages on this site. Here you will also find chapter descriptions and illustrations from Understanding Digital Television.

It has been fascinating to follow the rapid development of media from the early 1980s till now. And as you can read in Digital Signage Broadcasting I am sure that there is still much more to come.

And, as all authors usually say, I really hope you enjoy reading my books as much as I enjoyed writing them. 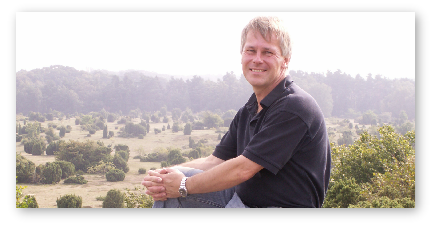