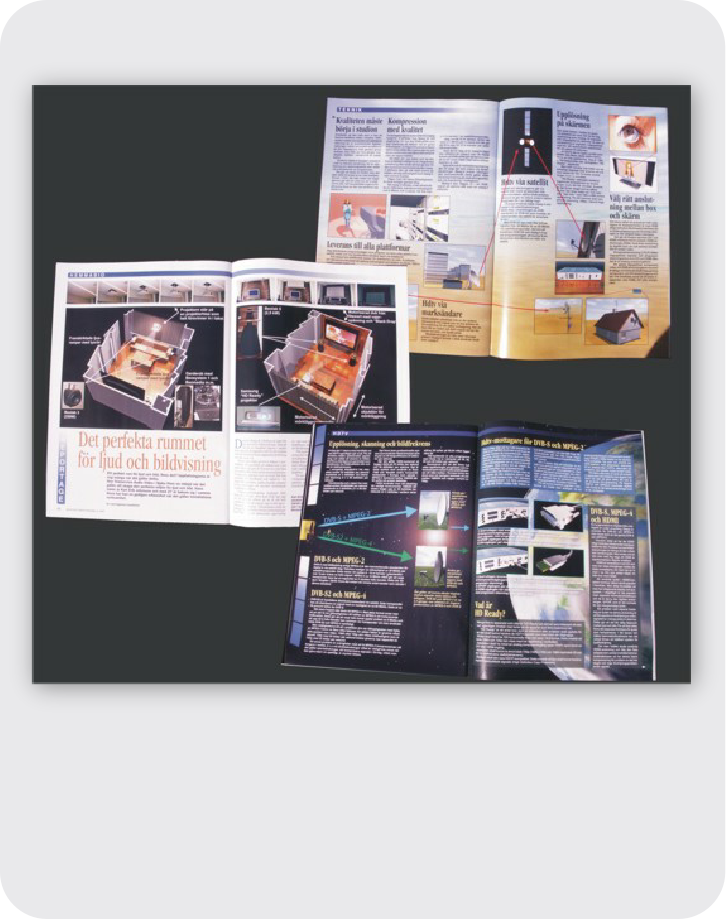 Lars-Ingemar Lundström has hundreds of articles to his credit. Most of which have been published in the Swedish home electronics magazine Ljud & Bild (Audio & Video). From 1989 to date he has covered most areas related to satellite TV and the development of digital television from a consumer's perspective.

However he is also published in English as in: